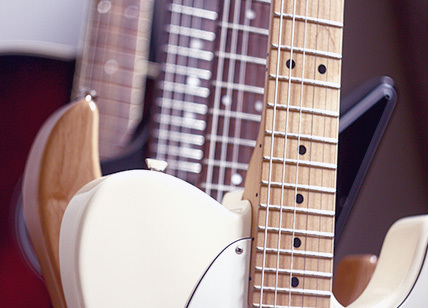 Thomann is the world’s largest online shop for musical instruments – the cost/turnover ratio has always been optimized with a lot of fingertip feeling. Not easy to top that.

In order to show the customer the effect of BiddingLab on campaign performance with as little risk as possible, we jointly decided to convert selected campaigns to the automated Bidding Solution for a test run – with success:

Interim result: Result after the first month of BiddingLab

Usually it takes one to two months until AI-supported bid management has adjusted to the campaigns and can work optimally – in this case we achieved excellent results after only 4 weeks.

After the test results were convincing, further countries were added in the following month, so that the Shopping Bidder – as of today – is active in 19 countries.

Before we present the latest figures, we would like to briefly discuss changes on the part of Google that potentially have an impact on campaign performance.

More ad slots in Google Shopping: The second major & ongoing change is the number of ad slots. Where a few years ago 5 products were played by default, today you can find a Carousel with often 20 or more possible positions. 30 – 40 ad slots are no longer a rarity for a highly competitive search query – it becomes a challenge to fill exactly the right slots with the right products. Here, the bidder’s AI comes into play, which – similar to the Google algorithm – predicts the CTR at product level and thus calculates the appropriate bid in real time. This is how we ensure that our products are optimally played out for each search query.

Finally, the long-term result is of course relevant: How does BiddingLab perform in a large, international account across all campaigns?

The figures speak for themselves: We were able to improve the KUR significantly compared to the previous year and generated more sales across all categories – even those that were generally considered to be low performers – so that we now have a sales increase of 62%.

The only need for explanation is the increase in costs. The only explanation for this is simply that the client has adjusted the marketing budget in light of the results, so that more budget is now available for Google search and shopping.